This post outlines the FFT analysis routine for line-VISAR data. The code implementing this routine can be found here: https://github.com/bdhammel/line-visar-analysis. I benchmark this script against the published data by Smith et al. on the ramp compression of diamond to 5 TPa.

As stated in my previous post on Line-VISAR Theory, the fringe shift recorded is directly proportional to the velocity of the target. It is, therefore, the goal of the analysis routine to extract the percentage fringe shift at a given location and time. Several methods exist for accomplishing this. However, the Fourier transform method (described here), first proposed by Takeda et al, has been determined to be the most accurate [Celliers].

The raw data (shown above) is typically cropped to analyze the region of planar shock breakout (enclosed in the red rectangle, with reference fringes enclosed in green). 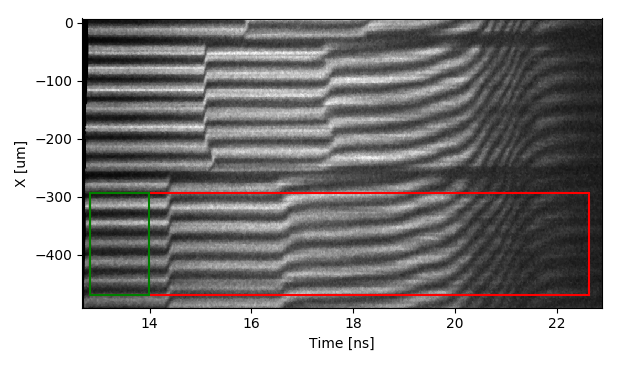 This image can be described mathematically using the equation for intensity, $I(x, t)$, with $ b(x,t ) = I_1+I_2 $ being the background and $ a(x,t) = 2\mathbf{E_1}\mathbf{E_2} $ describing the intensity of the fringes. $\phi (x,t)$ represents the phase of the fringes and $2\pi f_{0}x + \delta_{0} $ describes the linear phase ramp of the background fringe pattern. The goal is to find $ \phi (x,t) $, which is directly proportional to the velocity of the target. Rewriting the intensity equation in terms of its complex components yields: 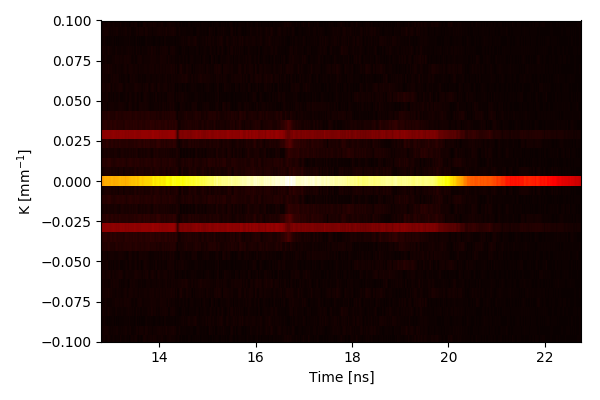 the background, $b(x,t)$, can then be removed by filtering specific frequencies (such that the pixel values are set to zero): 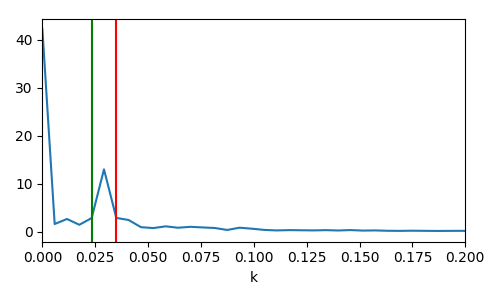 results in the filterd image. 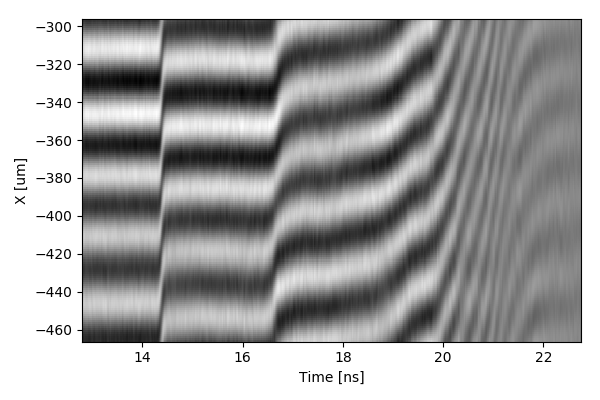 The above image has both a real and imaginary valued function. Where 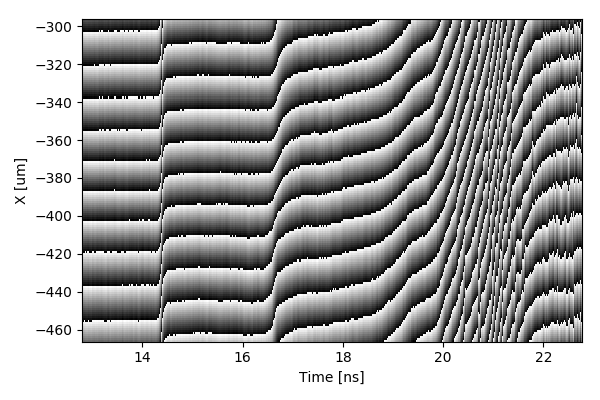 The resulting function $W$ has discontinuities representing $\pi$ shifts as the $\arctan$ moves through full rotations. The velocity signal can be constructed by removing these discontinuites and scaling the values by the proportionality factor VPF. The programatic method for reconstructing the velocity trace from the time dependent values in the wrapped phase can be accomplished via the psudocode bellow: 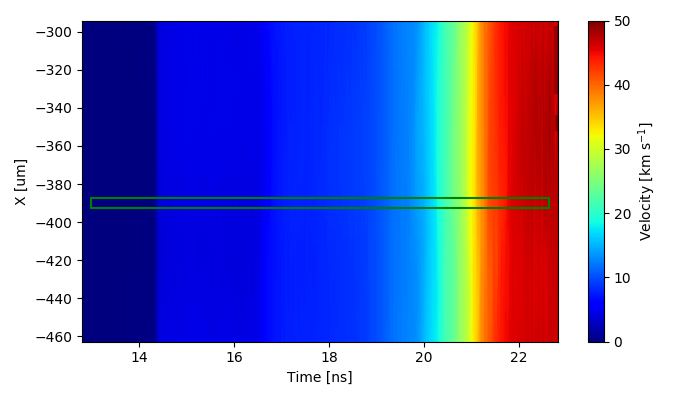 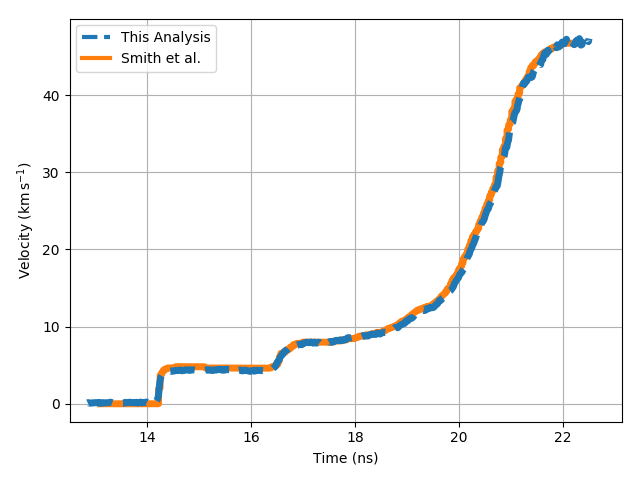